‘Nest’ remains one of my favourite works. It was modelled on a small, very finely woven nest found in our garden in Vaughan, complete with a few delicate strands of bright blue baling twine. I sought to render the mosaic not unlike a slightly smudgy drawing of this nest, also imposing on myself the technical challenge of resolving a chaotic series of contour lines with eventual encircling rows of andamenti. At the point where these directionally chaotic contour lines were resolved, something a resembling a ‘torn’ edge emerged, implying ‘Nest’ as a recorded fragment of a larger narrative.

‘Jane Doe’ was also made for the Detritus exhibition and features a bird skeleton of unknown type or origin, hence the work’s title. Like the other larger Detritus mosaics, ‘Jane Doe’ was made on a car window (of unknown make and model).

‘Jester’ is a marble and glass smalti mosaic modelled from a magpie skull found in the artist’s garden. The car window on which it is mounted came from a Datsun 200B, a behavioural match between the bird and the archetypal adolescent driver of this late 1970’s car.

‘Digital Flock’ is the title of a small collection of delicate works on glass, made for the Detritus exhibition in 2013. Each ‘Digital Flock’ mosaic features a pixelated rendition of a local indigenous bird. 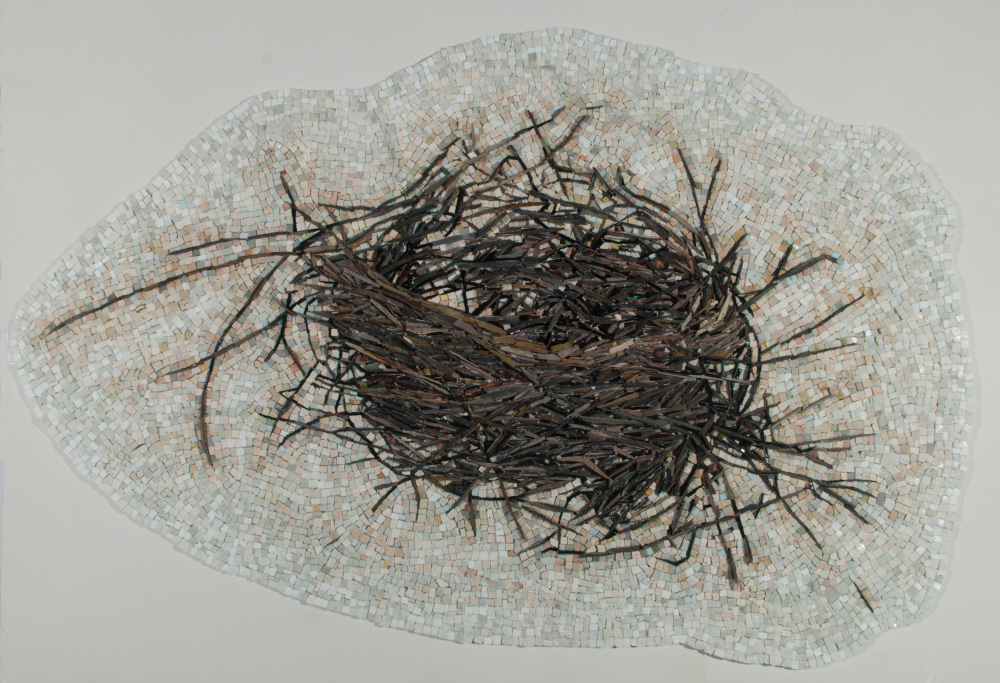 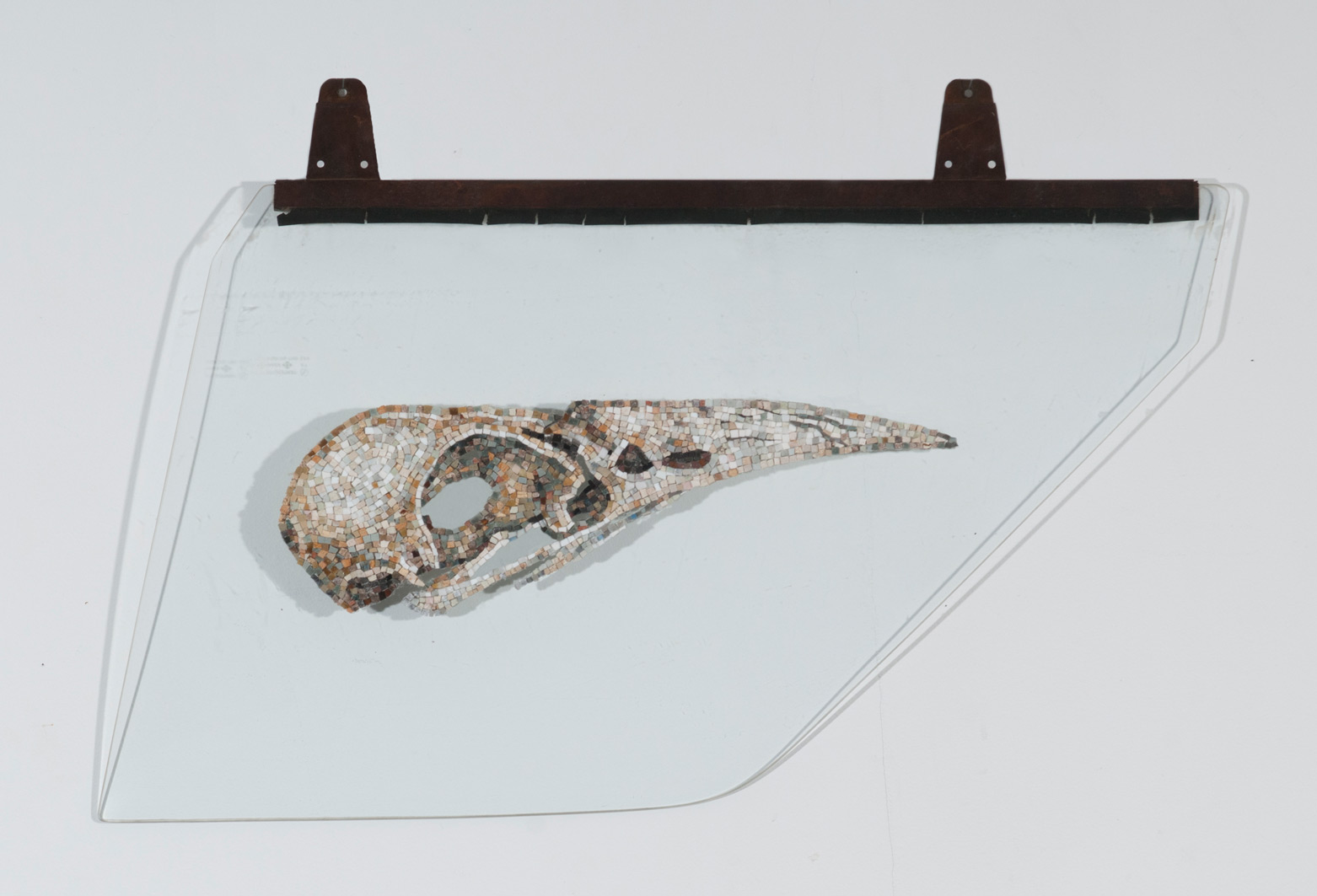 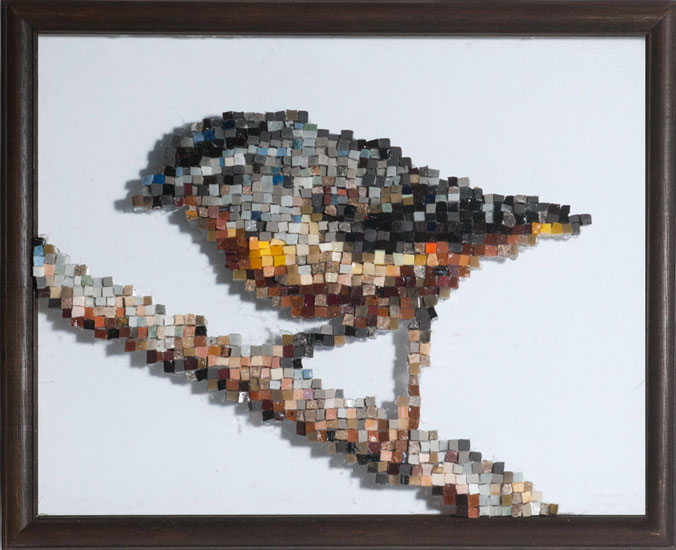 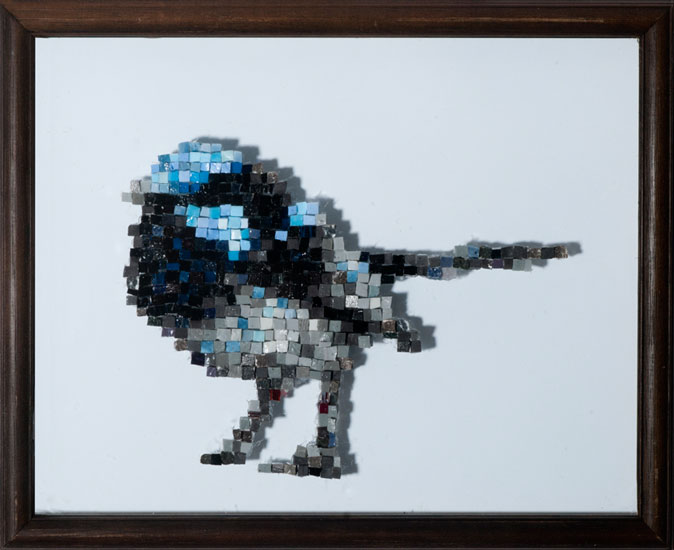 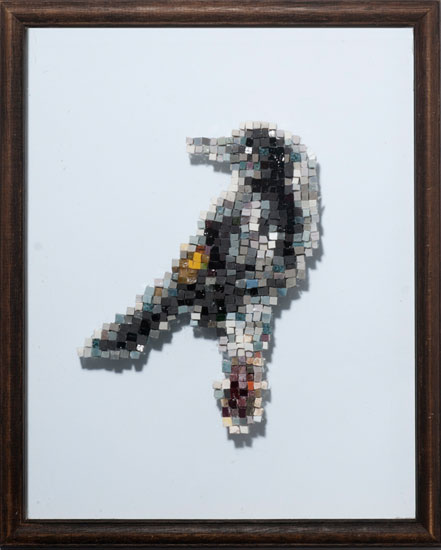 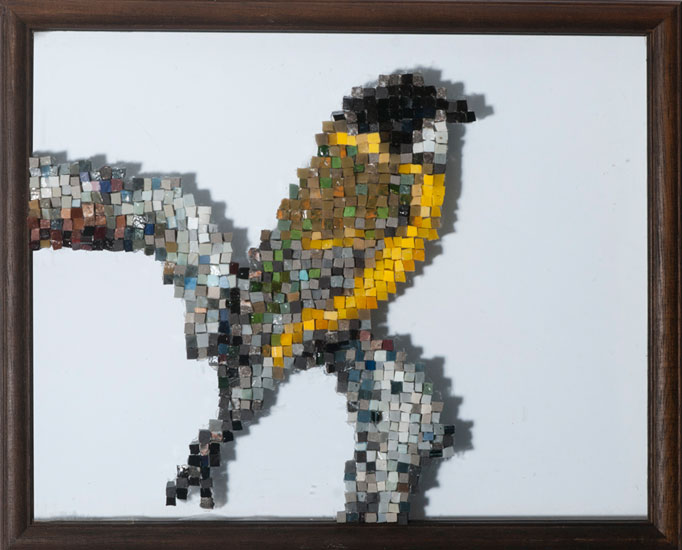 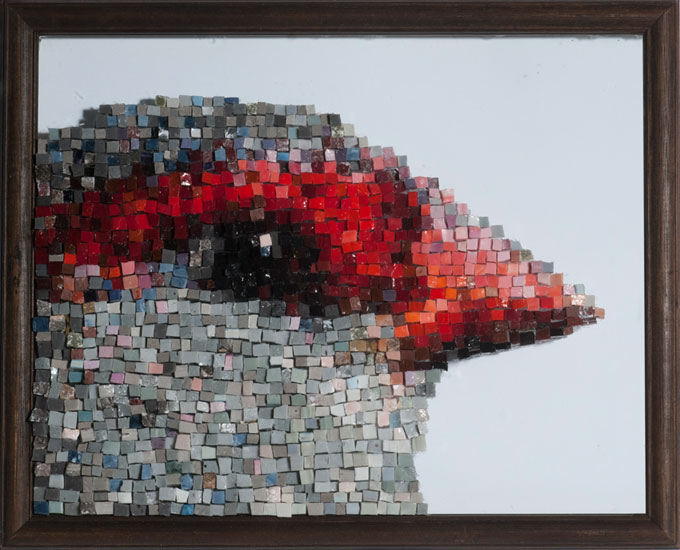 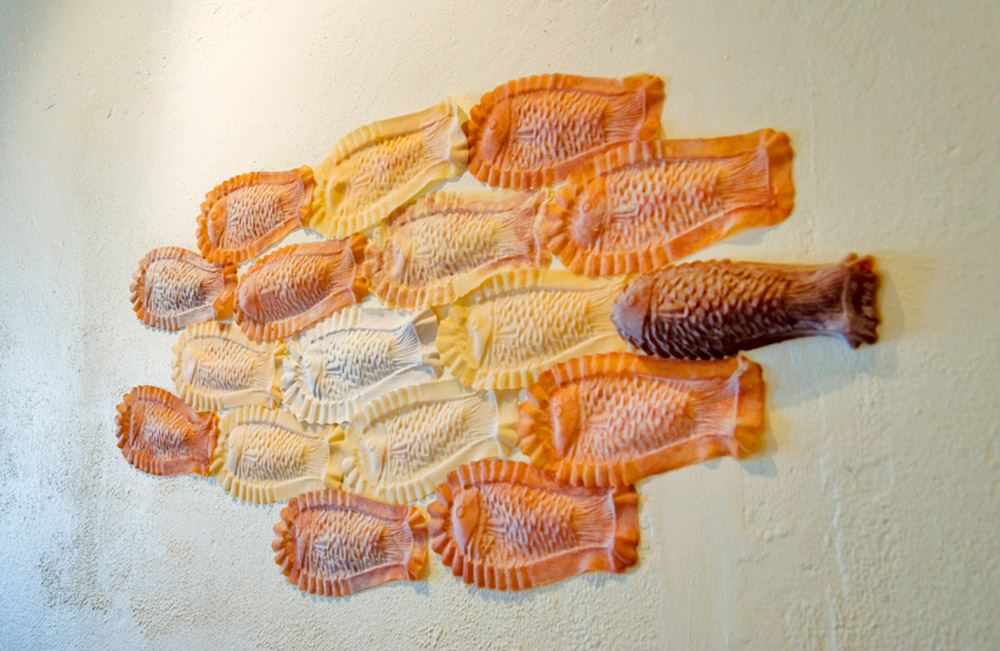 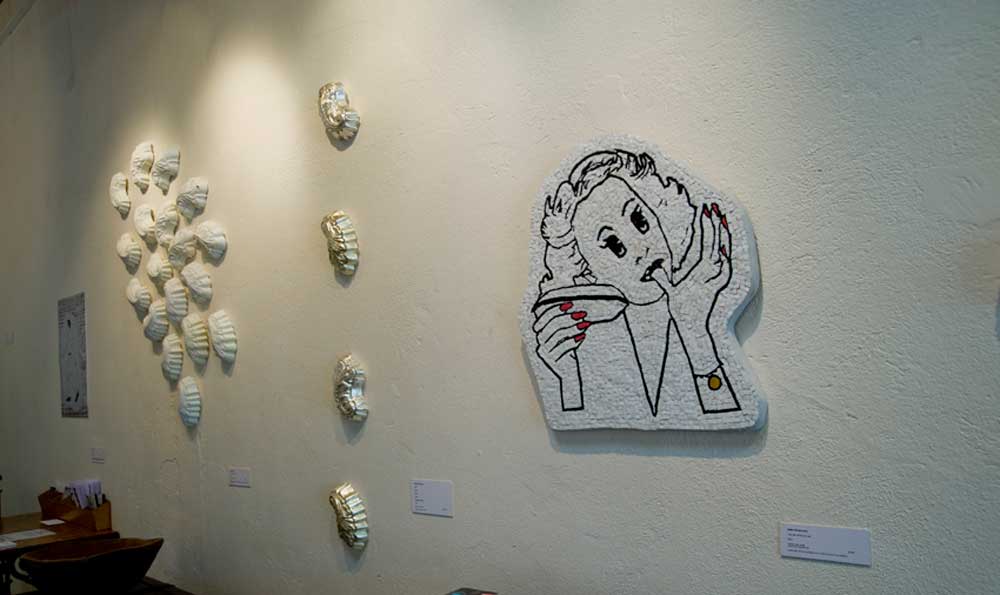