One day as Ren and I were working on a commission in my large Northcote warehouse studio, we began to speculate what we would make afterwards during a fertile gap between commissions. With the noise of fabrication and 10 metres or more between us, René misheard something I said and thought I had suggested we make a manga version of Medusa. Although it wasn’t what I had said (probably I had suggested we have vegemite on toast for lunch – or something similarly banal) we agreed Manga Medusa was a great idea. She was first exhibited as part of Mosaic Now: works from Italy and Australia which toured southern Australia for a year in 2006, and she was a hit. Several years later in 2011 I borrowed her from a private collection in Adelaide to exhibit at Ravenna Mosaico in Ravenna, Italy where she attracted the attention of New York Times reviewer Robert Conway Morris (‘An ancient craft gets a bigger world stage’, New York Times, 27 October, 2011). 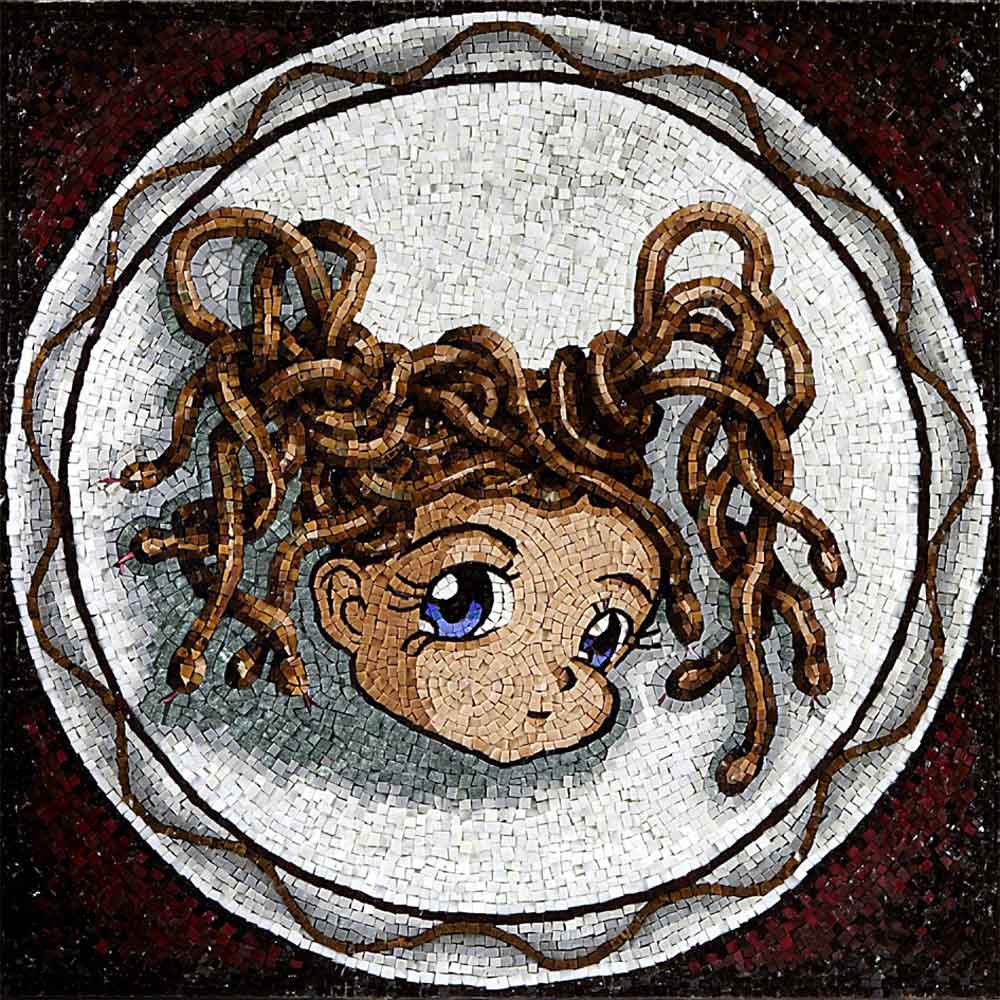