Lucky was a private farewell gesture by me to René Schaefer, who had been my studio assistant and artistic collaborator over many years during the late 1990s and early 2000s. Our working relationship ended when I moved from Melbourne to central Victoria in 2008. Although Lucky the man was sourced from a 1950’s illustrative book on games – demonstrating the horse-shoe tossing stance –  the monochrome drawing resembled René’s elegant, reductive approach to visual representation.

Its making was a technical experiment in which I sought to create an almost impossibly thin veil of un-glazed high-fired porcelain and marble tesserae, to result in a mosaic reminiscent of a paper paste-up. The work is installed in a laneway on the side wall of a small 19th century brick cottage in Castlemaine which my husband and I once owned. 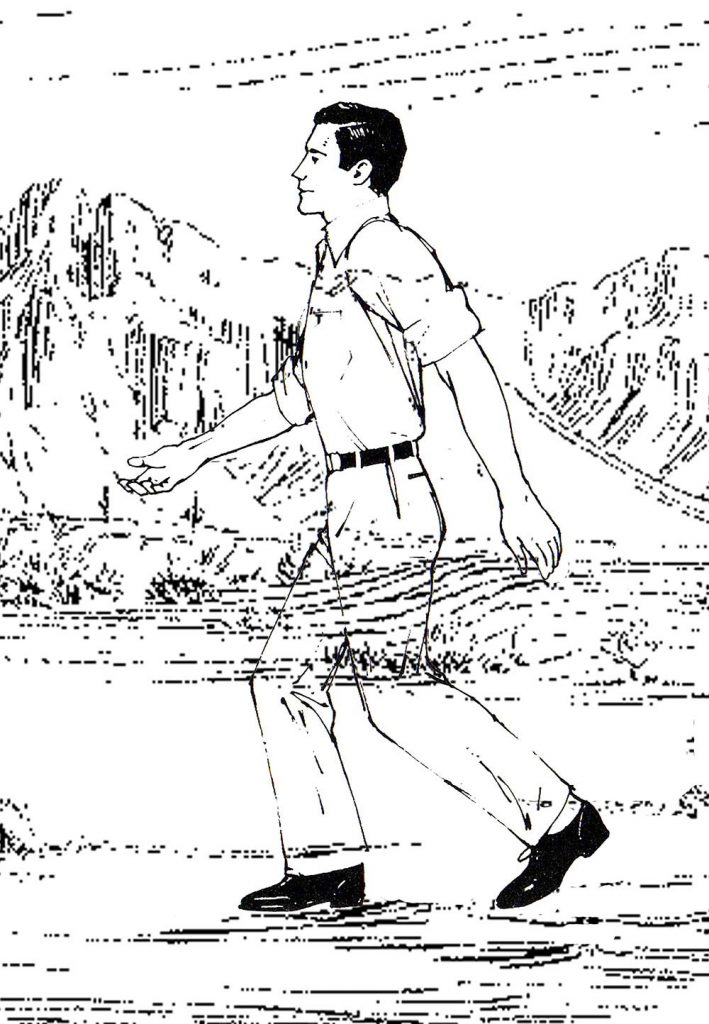 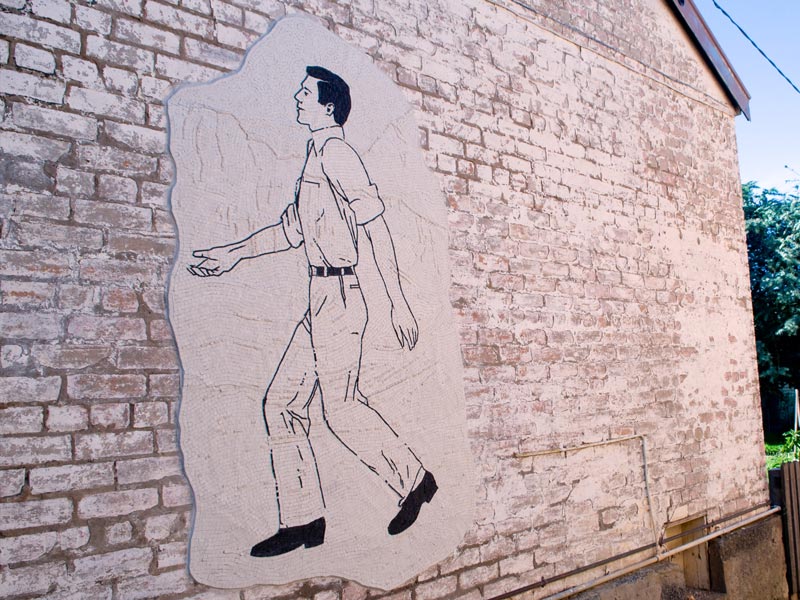