Just Add Water (Biodegradable Citadel and Il Futuro Remoto diptych, 2017), made soon after The Eye-conoclasm triptych, was conceptually related to another contentious political scenario synchronously unfolding geographically close to Syria in the southern Mediterranean country of Malta. Just Add Water was made in response to the brutal murder of Maltese anti-corruption activist, journalist Daphne Caruana Galizia. Having close family ties to Malta from where I had recently returned, I was deeply affected by her assassination. Biodegradable Citadel is a temporal memorial to Caruana Galizia and echoes the architecture of the Maltese citadel, a place of communal refuge during violent conquest. Constructed using a combination of low and high-grade materials – disposable cardboard packaging and elm leaves, Italian marble and gold leaf glass smalti – this seeks to negate any notion of inherent material value, or indeed collectability. Il Futuro Remoto is a skin of elm seeds, whose internalised sculptural form is an inversion of the external profile used in Biodegradable Citadel. Biodegradable Citadel and Il Futuro Remoto are a temporal diptych; an elm forest in waiting. It is envisaged that on their immersion in flowing water that the actual memorial to Caruana Galizia would be realised, dispersed over time and different locations, as an elm forest growing from the thousands of elm seeds embedded in Just Add Water. In this way, conventional mosaic concepts of permanence or durability are inverted to temporally embrace both ephemeral aspects, and the vitality of matter as the developmental future evolution of materials are deliberately given over to the control of post fabrication environmental forces. 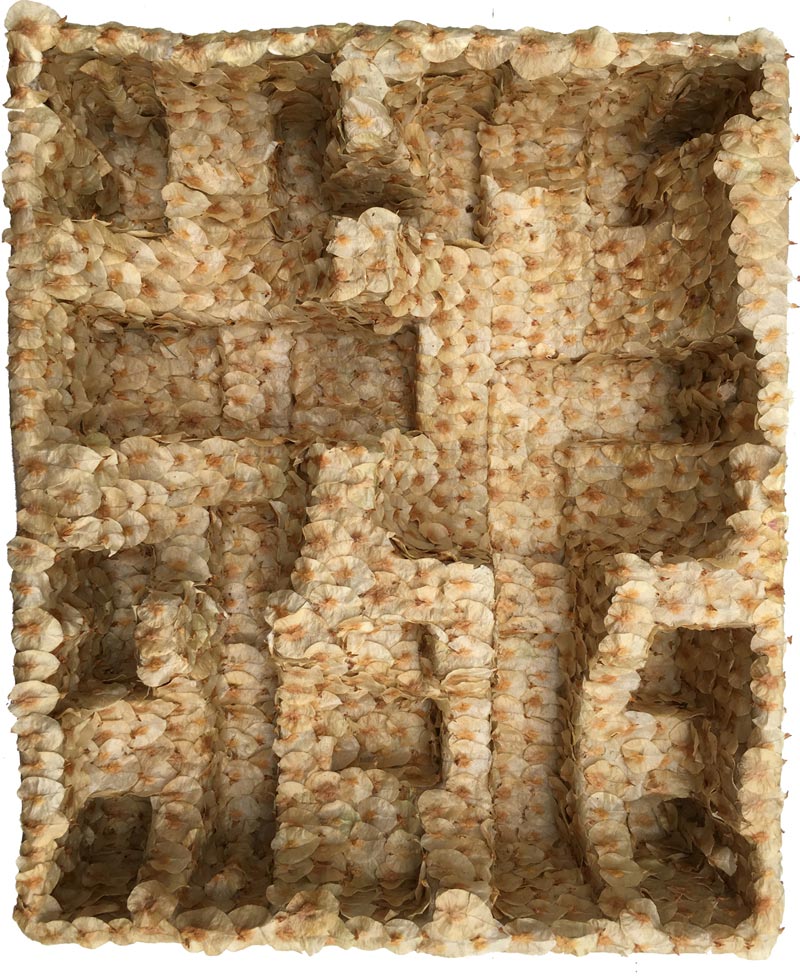 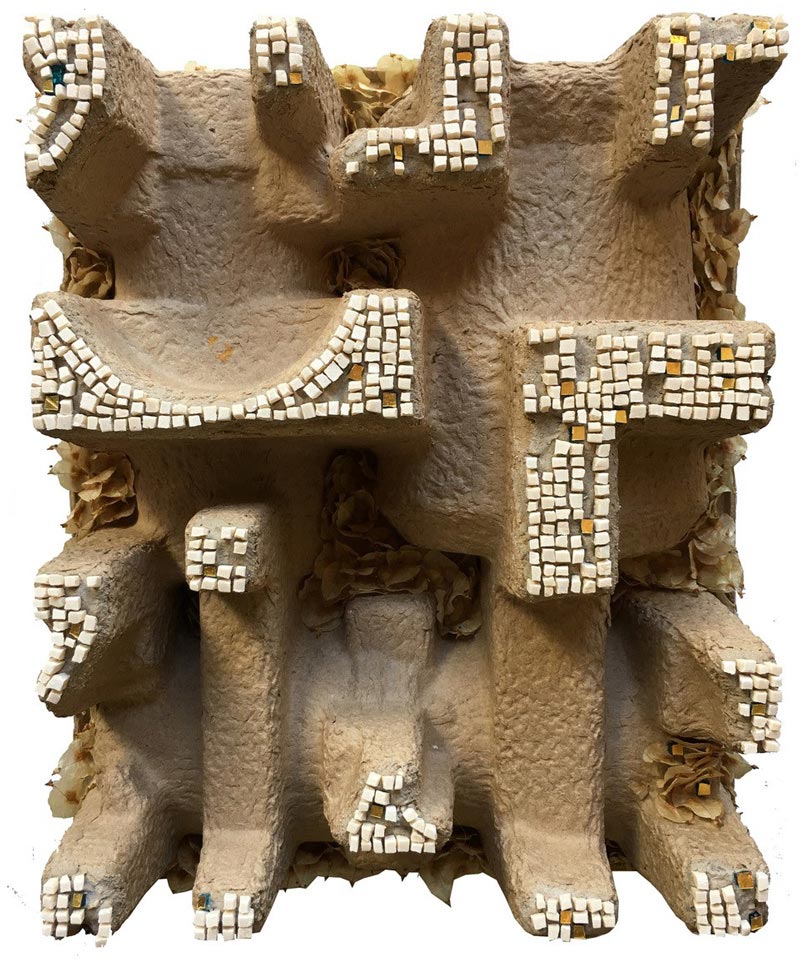