FUTURESCAPE was the result of a mosaic/sculpture project commissioned in 2012 by The City of Melbourne for ArtPlay, the city’s children’s creative arts centre at Birrarung Marr in central Melbourne. Helen Bodycomb was engaged to develop and deliver the project. This was the second commission by Helen for ArtPLay, the first being the ‘Once upon a slime’ entry feature, 2009.

Behind the ArtPlay building was a rarely used patch of gravel. From 2009 to 2013 (with the support of The Australia Council for the Arts), ArtPlay began a series of workshops and events to activate this area. The goal was to reach a much broader audience who were not accessing the indoor ArtPlay program. The exploratory phase of this project included working with City of Melbourne Landscape Architect Jeff Nelson and a group of artists; as well as consulting with children and families in how they saw the space could be transformed. The group’s desires included the presence of natural and synthetic materials and sensory rich surfaces; a connection with the park; objects of varied scale and the opportunity for children to be artists within the space. FUTURESCAPE grew out of the knowledge garnered from the ArtPlay Backyard project. The now established ArtPlay Backyard program is designed as a series of free, outdoor events both artist-led and open-ended, attracting many new families to ArtPlay.

From early 2013 Helen conducted a number of workshops at ArtPlay with children aged 5-12 years, during which ideas about ‘The Ideal City’ and livability in a future Melbourne were explored. Requirements for healthy and sustainable living such as safety, education, hygiene, health care, culture, environment, recreation, political-economic stability and public transportation were discussed and images drawn up. There was design development of airborne travel technologies, including various hover and other winged machines including solar powered skateboards, giant flying insect vehicles, personal jet packs, teleporting devices and more. Simple line drawings of these were transferred to pre-prepared clay tablets – for firing later.

As the ideas for the project developed, the concept for FUTURESCAPE was born; a large basalt boulder would be split in two and set in the ArtPlay backyard. Each face would contain a landscapes – half day, half night, each a futuristic concentric view of the ideal future city.

Helen collaborated not only with the children at ArtPlay but also with a number of other artists. Ceramicist Ann Ferguson had already made a beautiful series of small plants and buildings in ArtPlay workshops with younger children some of which were included within the final work. Artist Nici Wright was brought in by Helen to assist with workshops and to help children make more works in clay. Murrini artist Natalie Monkovitch was commissioned by Helen to develop and make hundreds of tiny glass rod faces, each unique and expressing some of the diverse ethnicities of multicultural Melbourne. Ceramicist Damien Meehan made a number of glazed porcelain works that provided fine detail elements and Mosaicist Kathryn Portelli helped Helen to finally assemble the work in the studio and create lots of small bodies for Natalie’s tiny faces. It was a team effort! 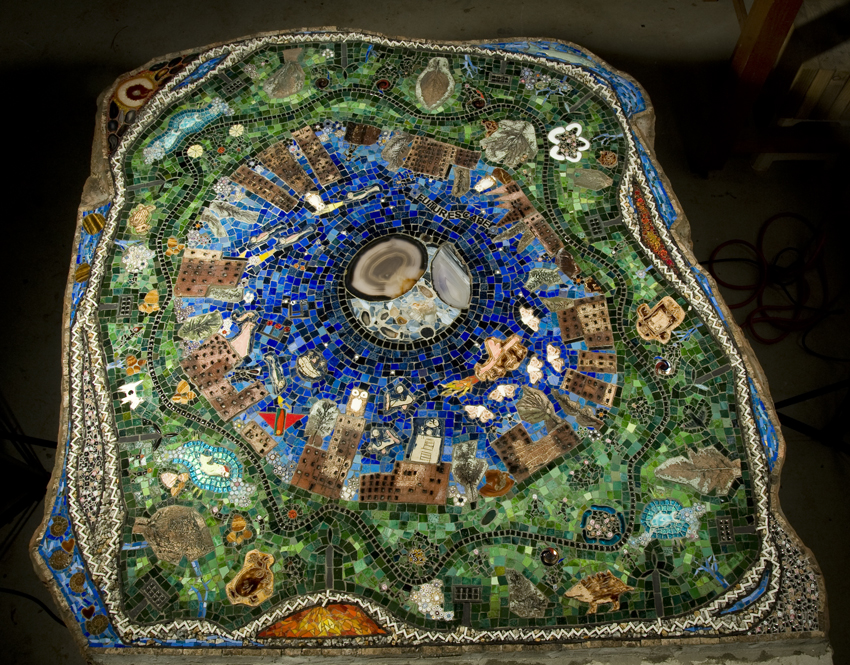 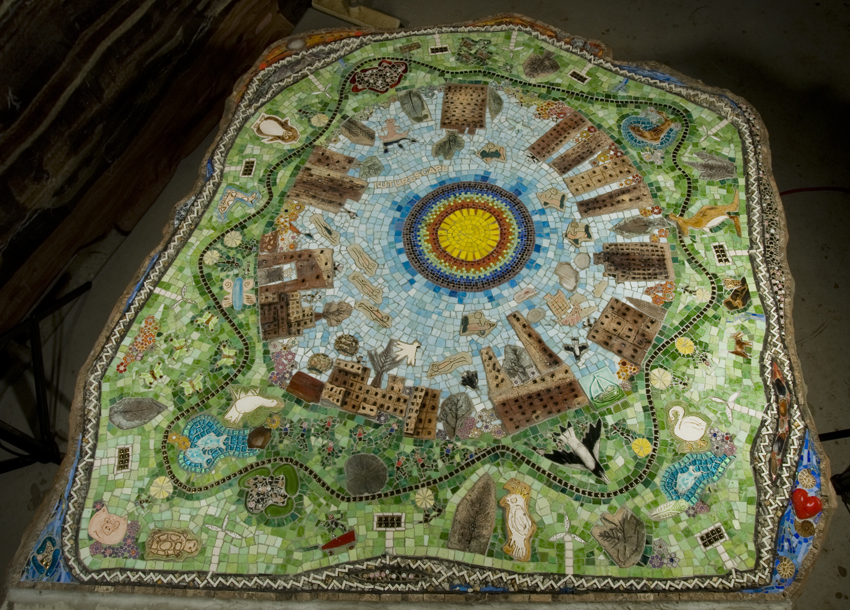 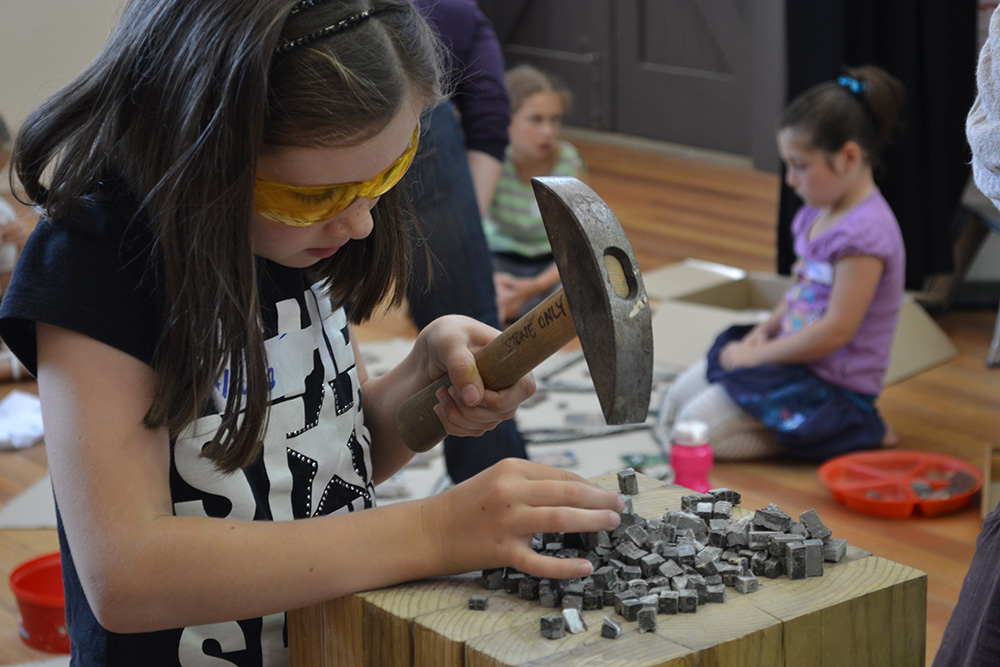 Cutting with hammer and hardie 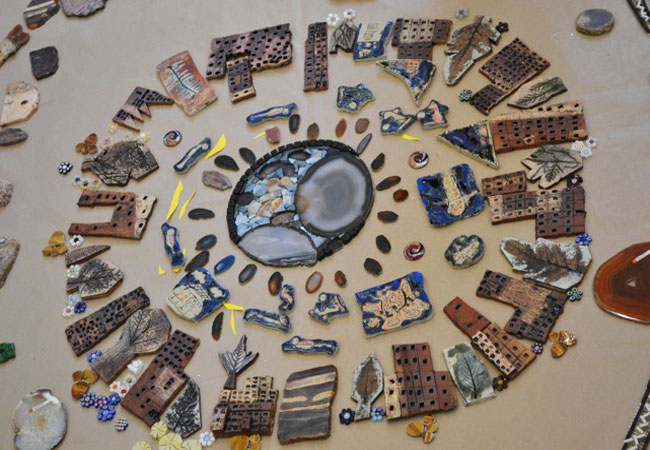 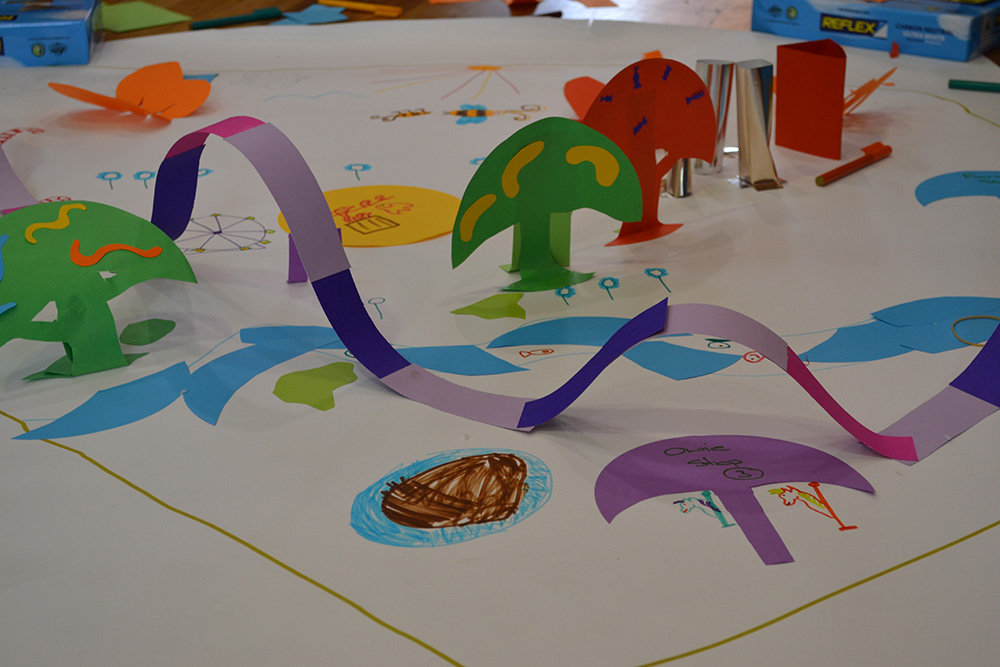 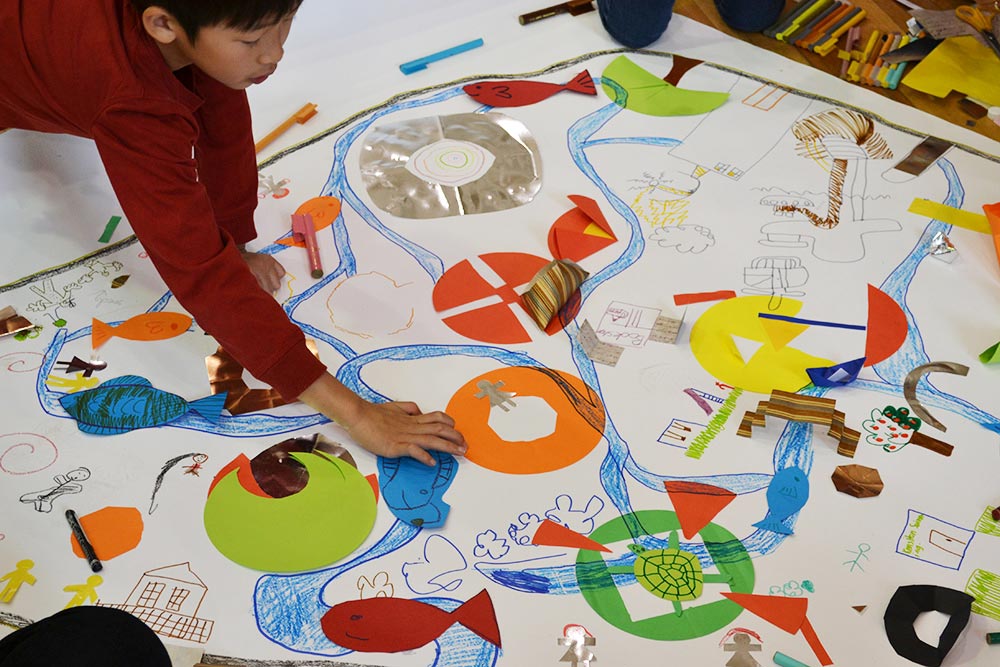 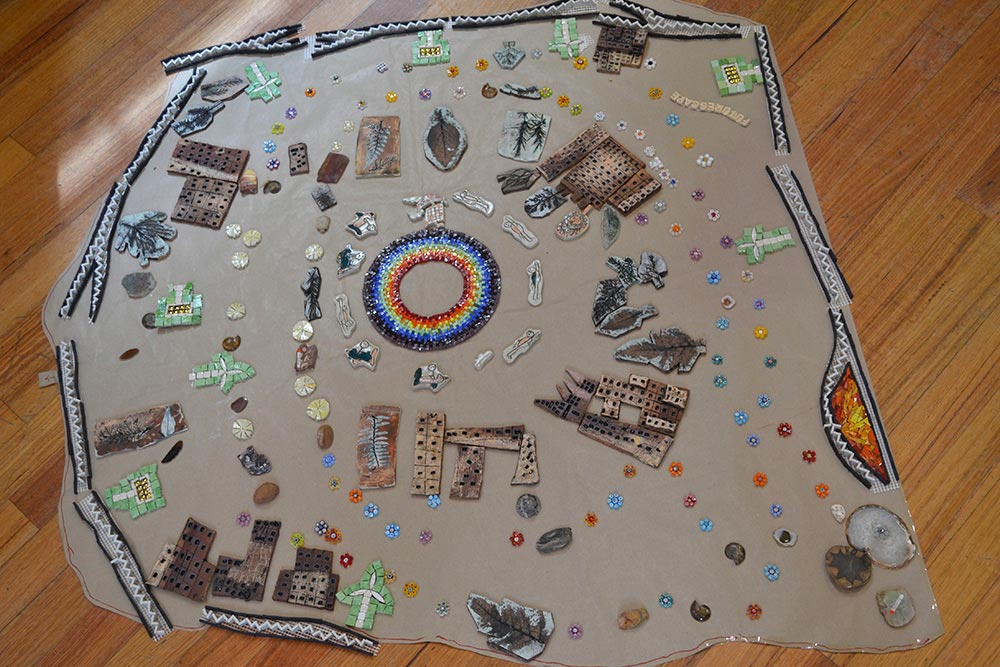 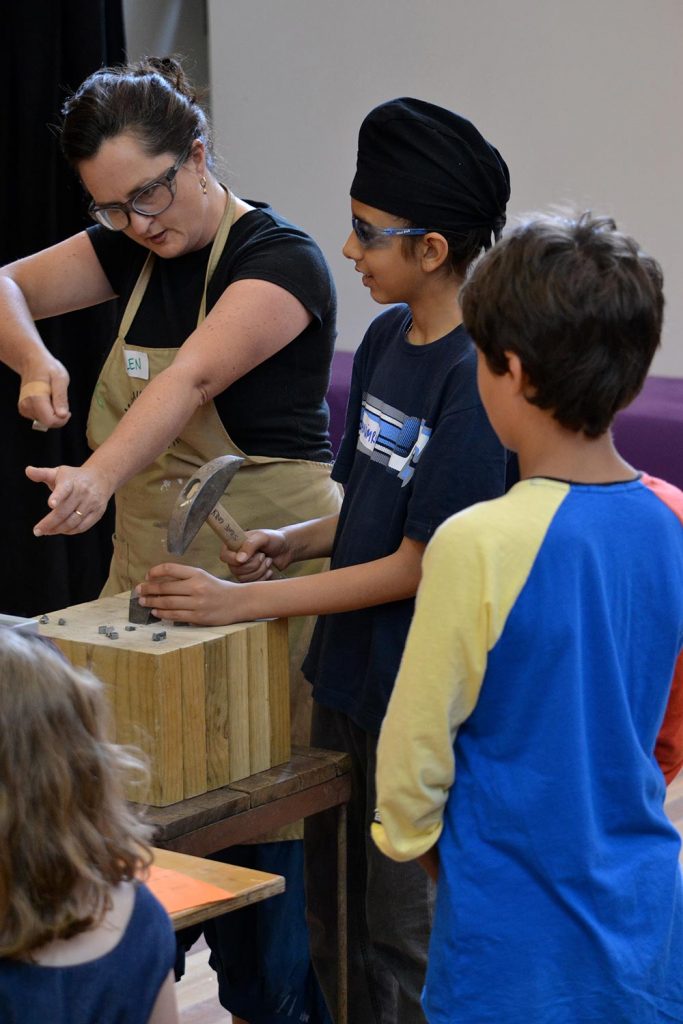 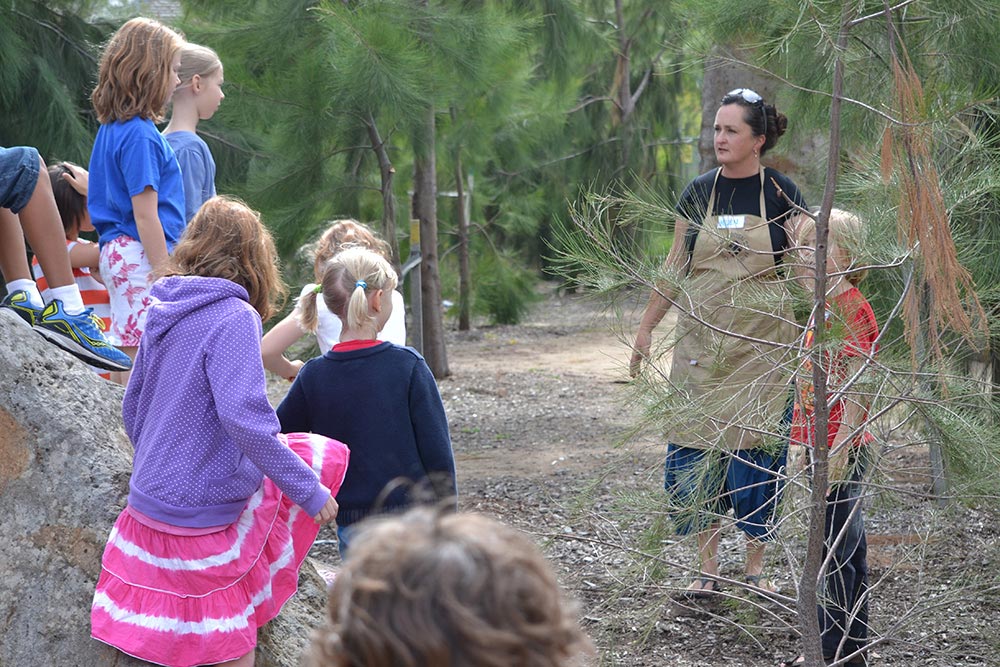