The Unswept Floor is a genre of mosaic also known as Asarotos œcos or Asaratos Oikos. The second century BCE Greek mosaicist Sosus of Pergamon is attributed as having been the author of this genre that became popular across the Roman Empire. Depicting food scraps as though strewn across a floor, this more modern interpretation of The Unswept Floor was commissioned by The City of Boroondara in Melbourne, in 2004 for installation at Camberwell Fresh Food Market. Each item, representing Camberwell Market food vendors was modelled from life, by Lead Artist Helen Bodycomb and Project Assistant René Schaefer.

‘Pavements are an invention of the Greeks, who also practised the art of painting them, till they were superseded by mosaics … the highest excellence has been attained by Sosus, who laid, at Pergamus, the mosaic pavement known as the “Asarotos œcos;” from the fact that he there represented, in small squares of different colours, the remnants of a banquet lying upon the pavement, and other things which are usually swept away with the broom, they having all the appearance of being left there by accident.’ 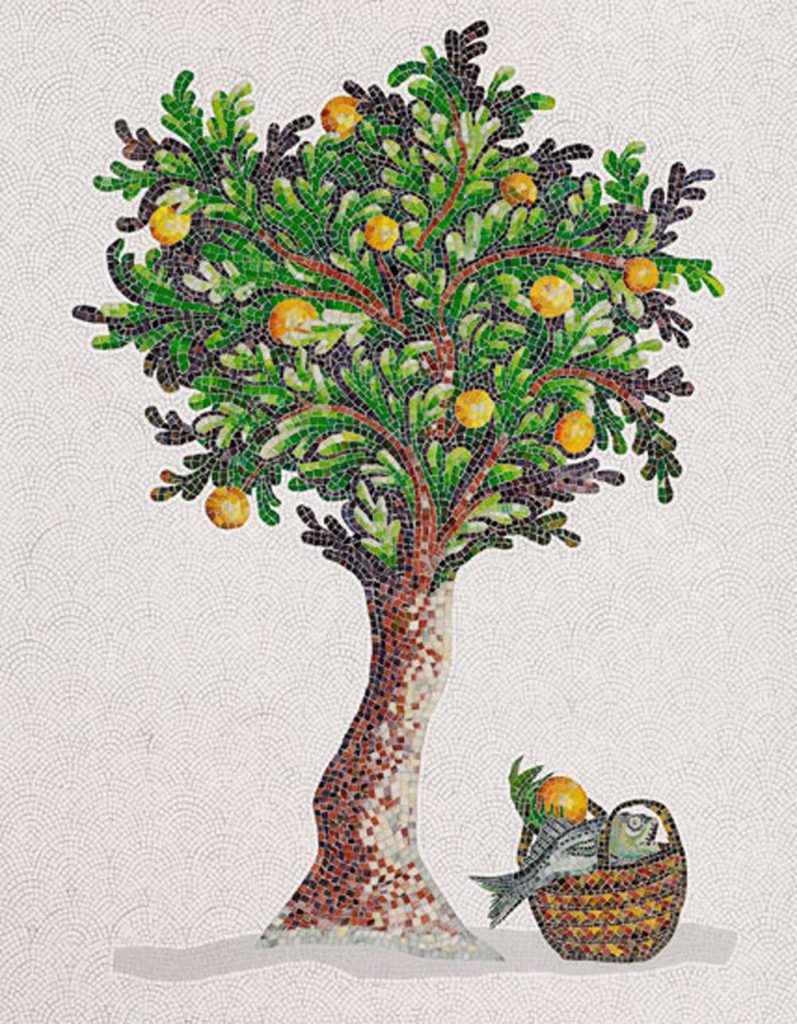 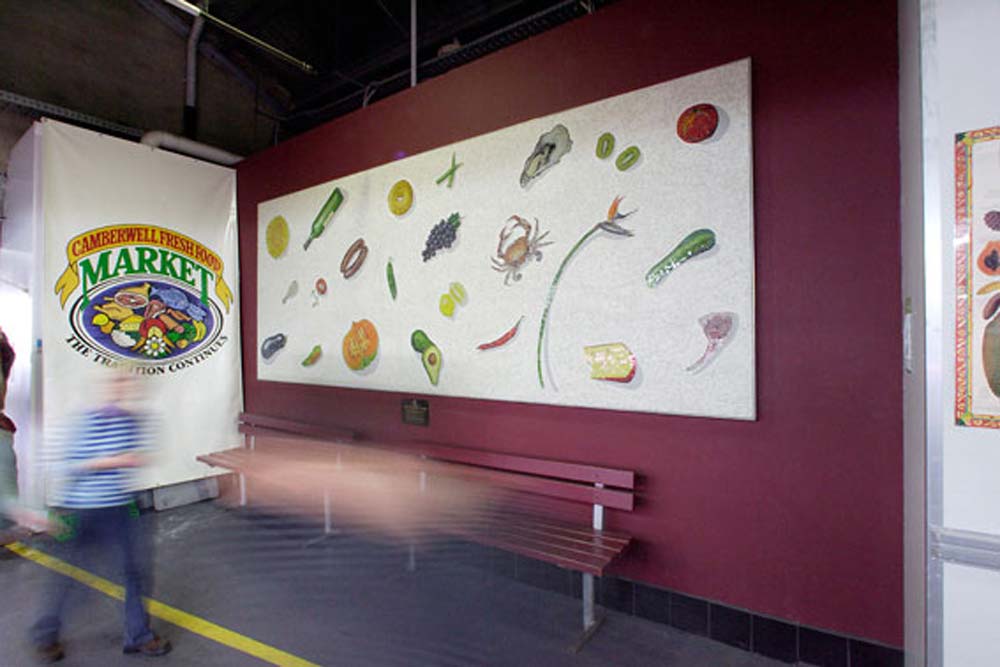 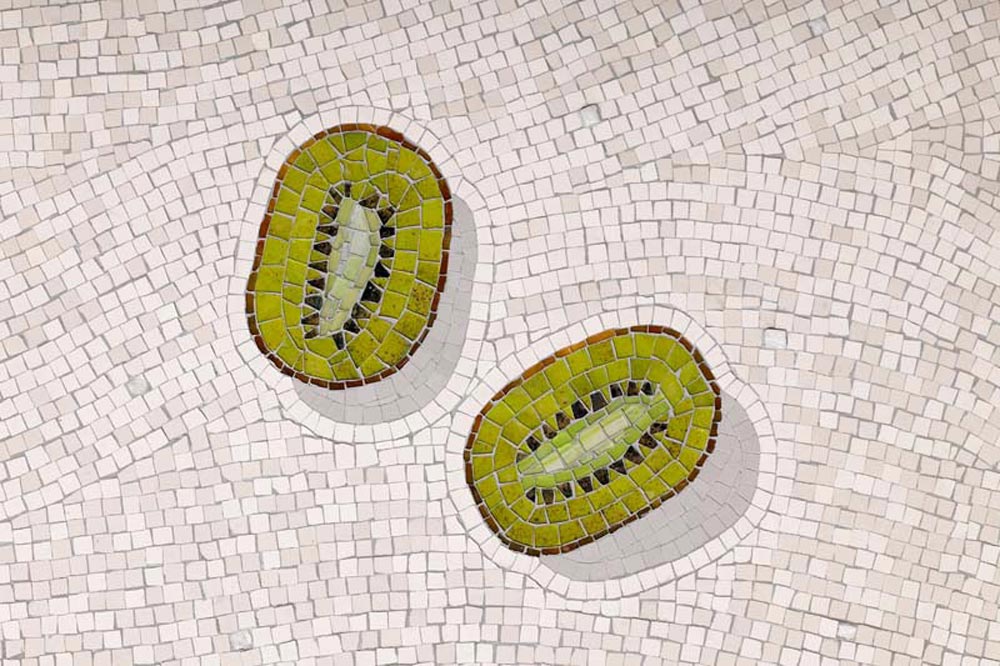 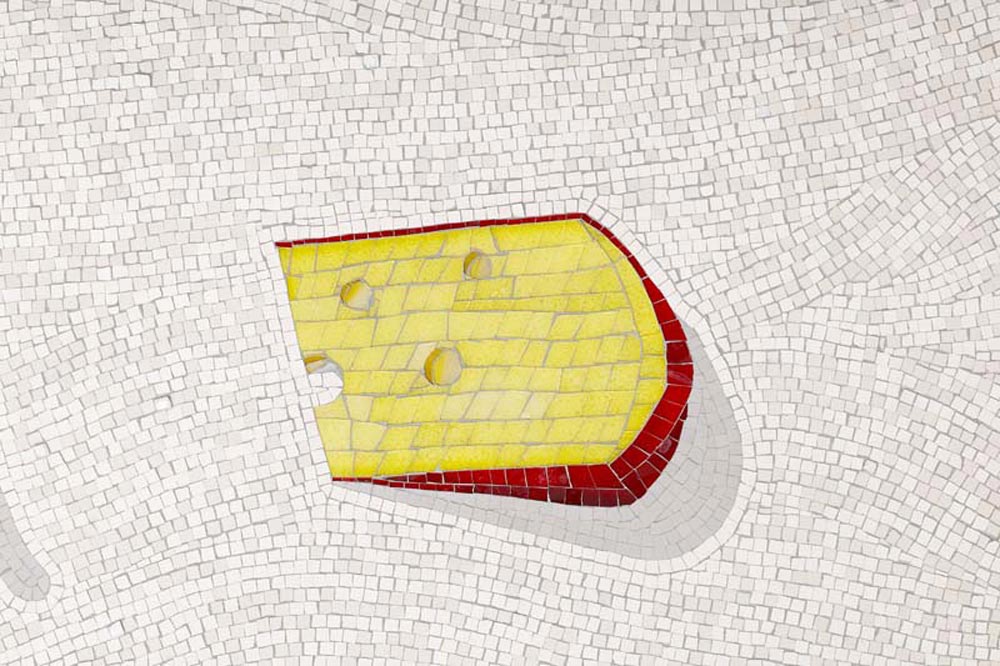 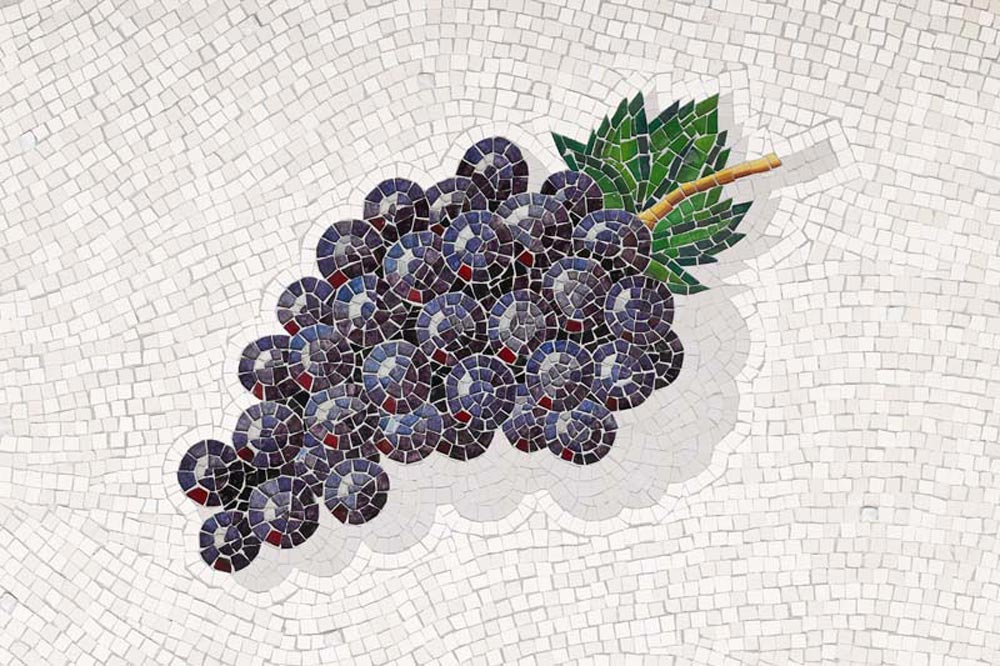 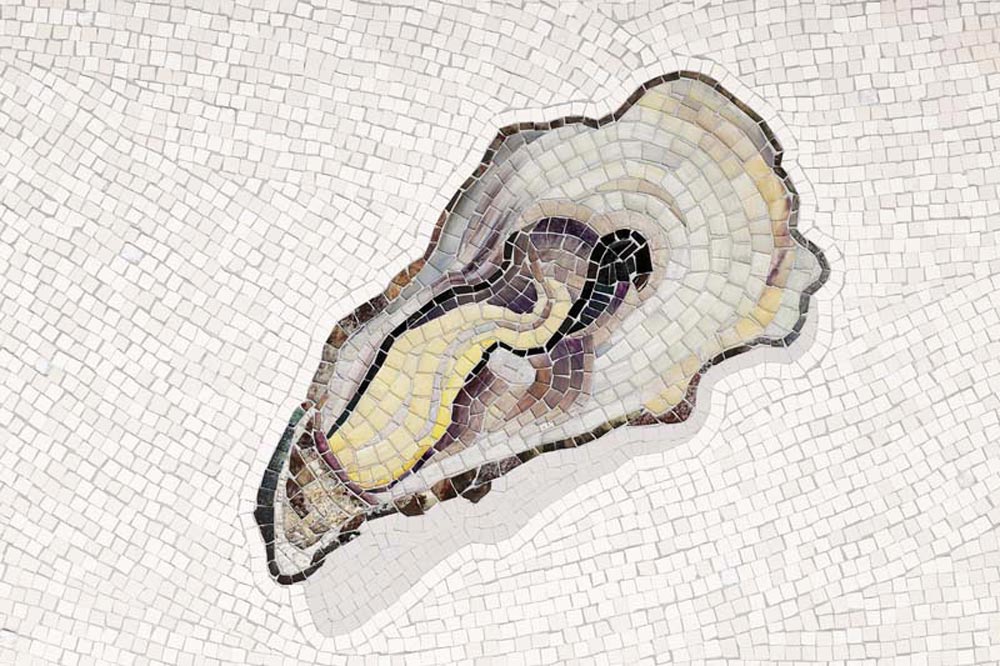 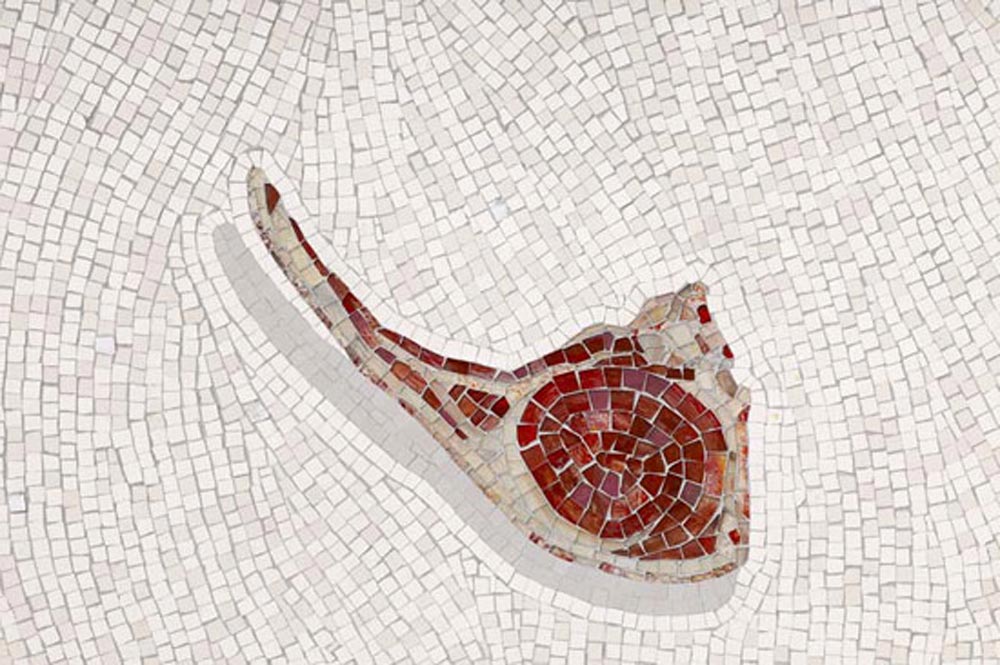 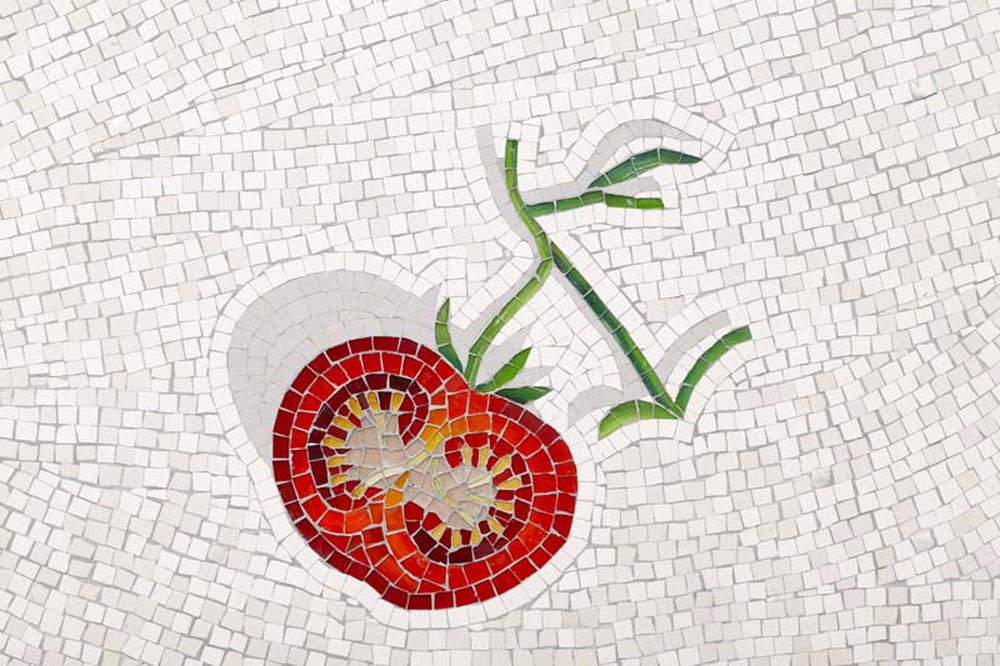 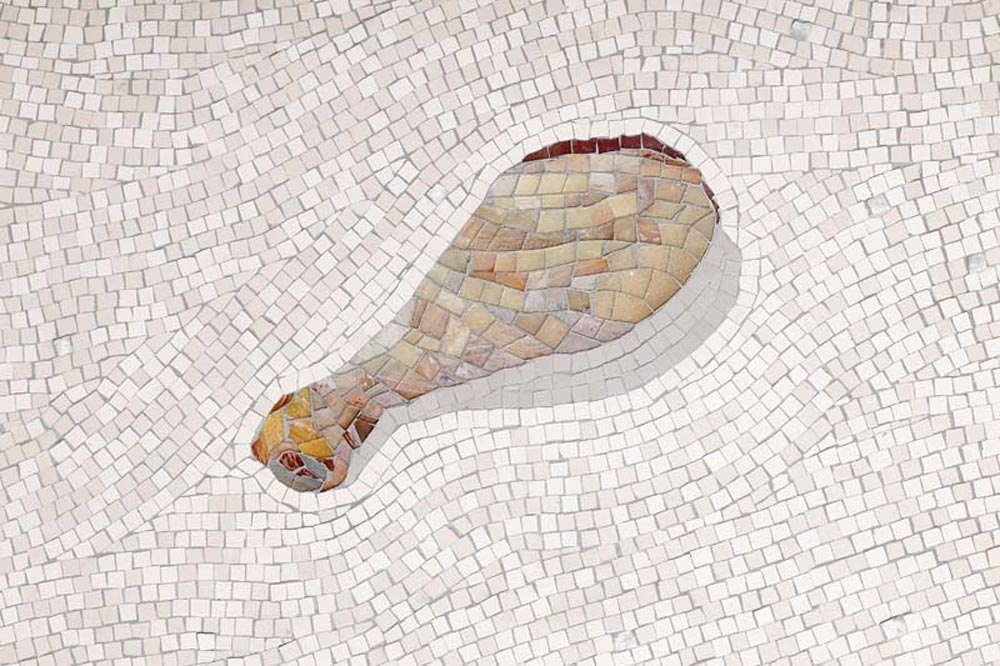 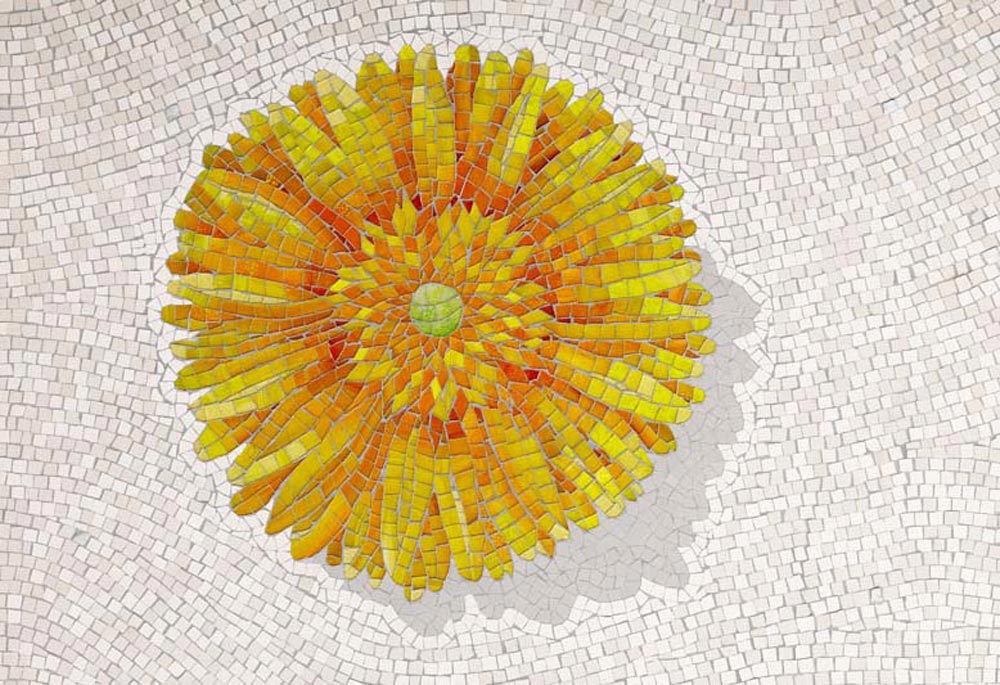 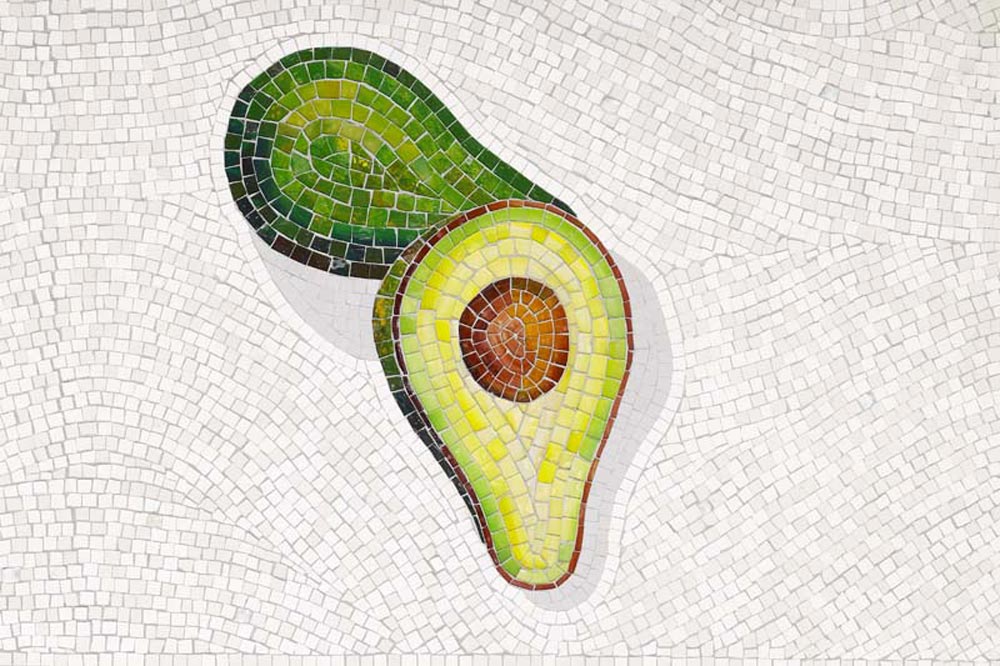