In 1989-99 Helen worked in partnership with Turkish artist Enver Camdal. As Camdal & Bodycomb, they made a large number of public artworks over a three year period, the largest project of them a major project for iconic Bondi beach in Sydney.  29 individual pieces of mosaic street furniture were commissioned by the City of Waverley. They were meticulously fabricated in Northcote, Melbourne using the indirect method – for installation on bench seats and table tops stretching along 1 kilometre of seafront on Campbell Parade. Each featuring different aspects of Bondi’s distinct cultural and natural histories, most of these mosaic works remain today relatively intact however there has been occasional damage through various combinations of vandalism, substrate movement and salt damage. 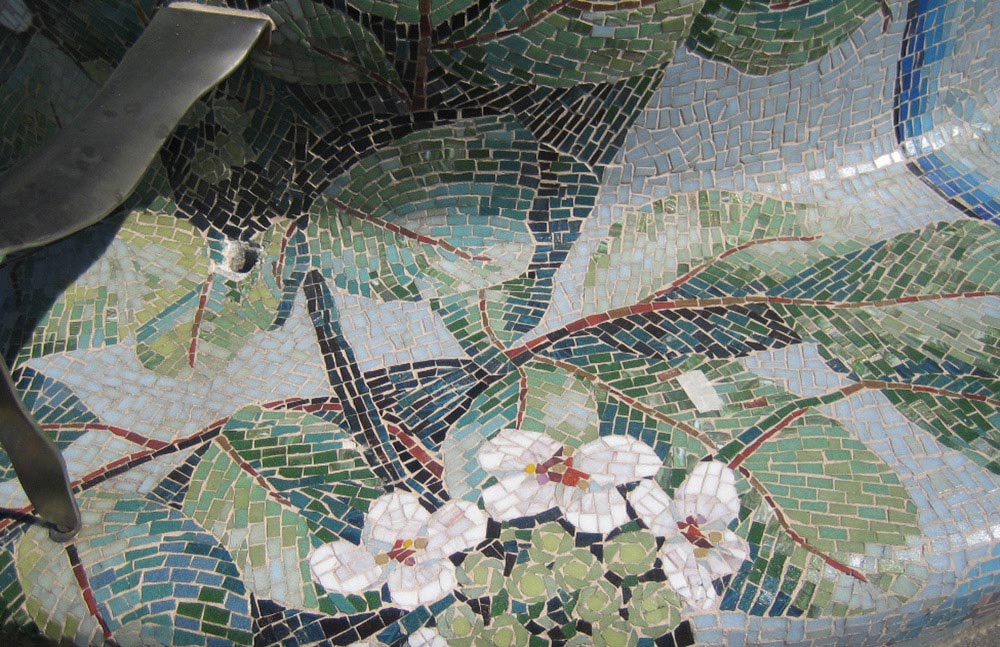 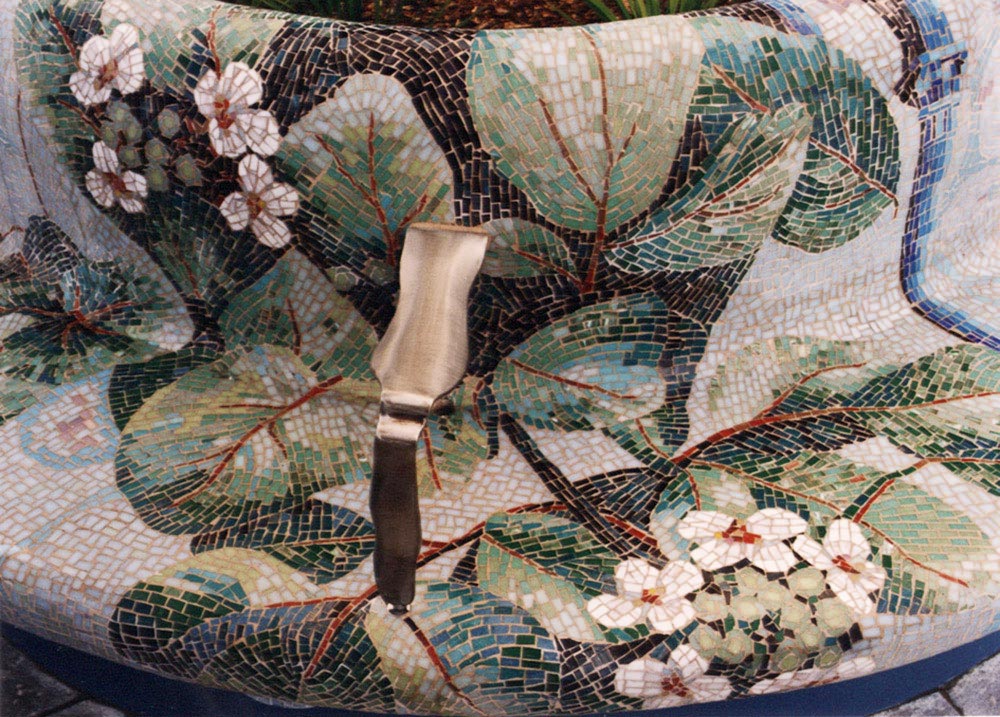 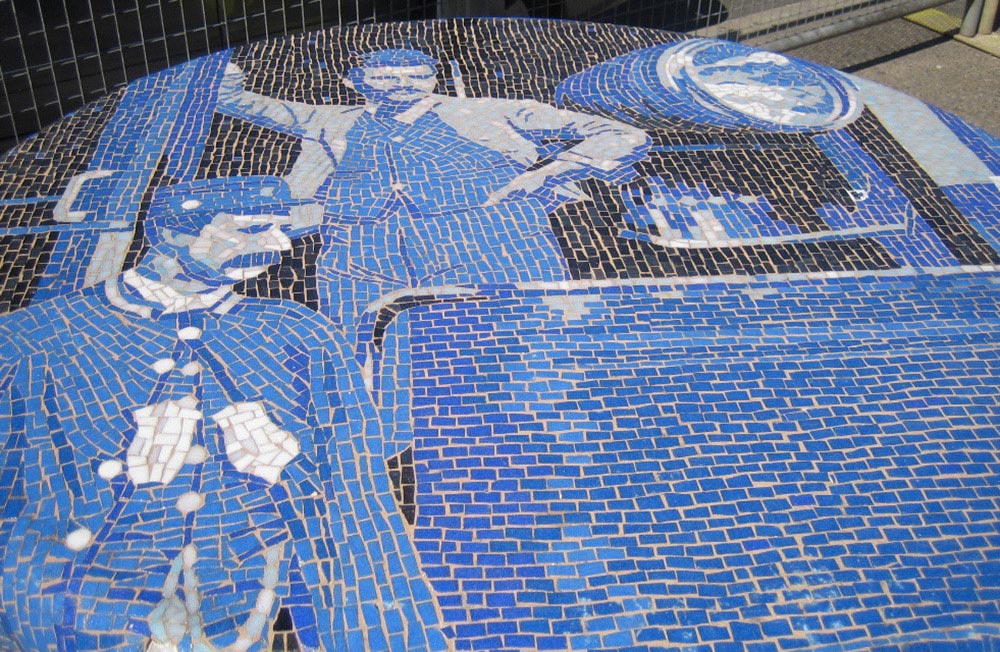 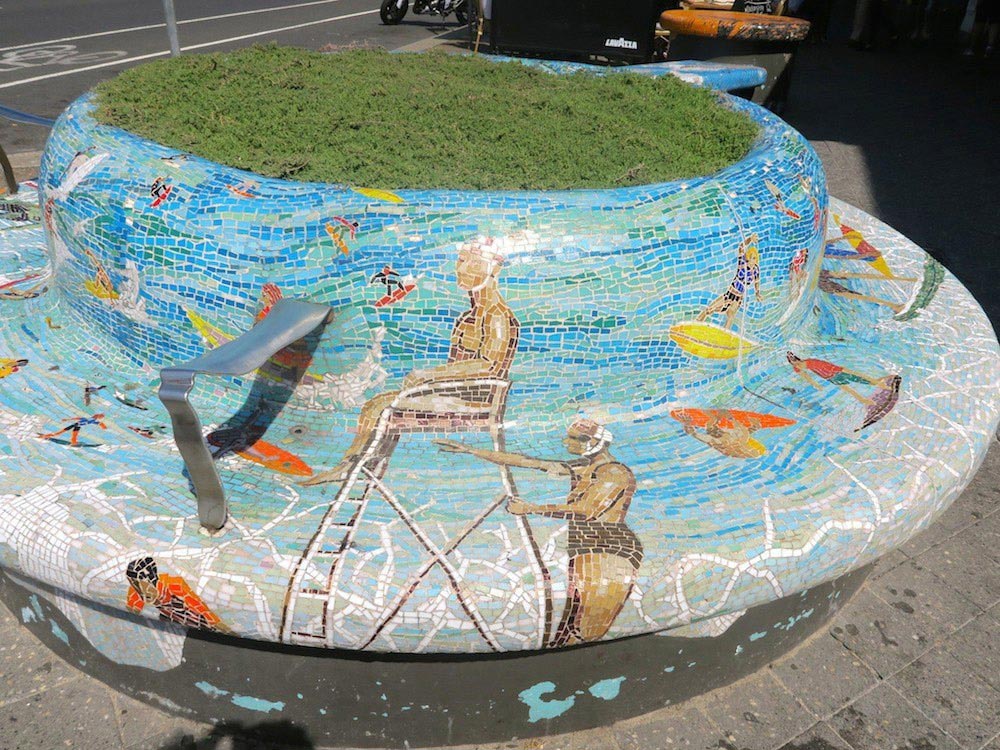 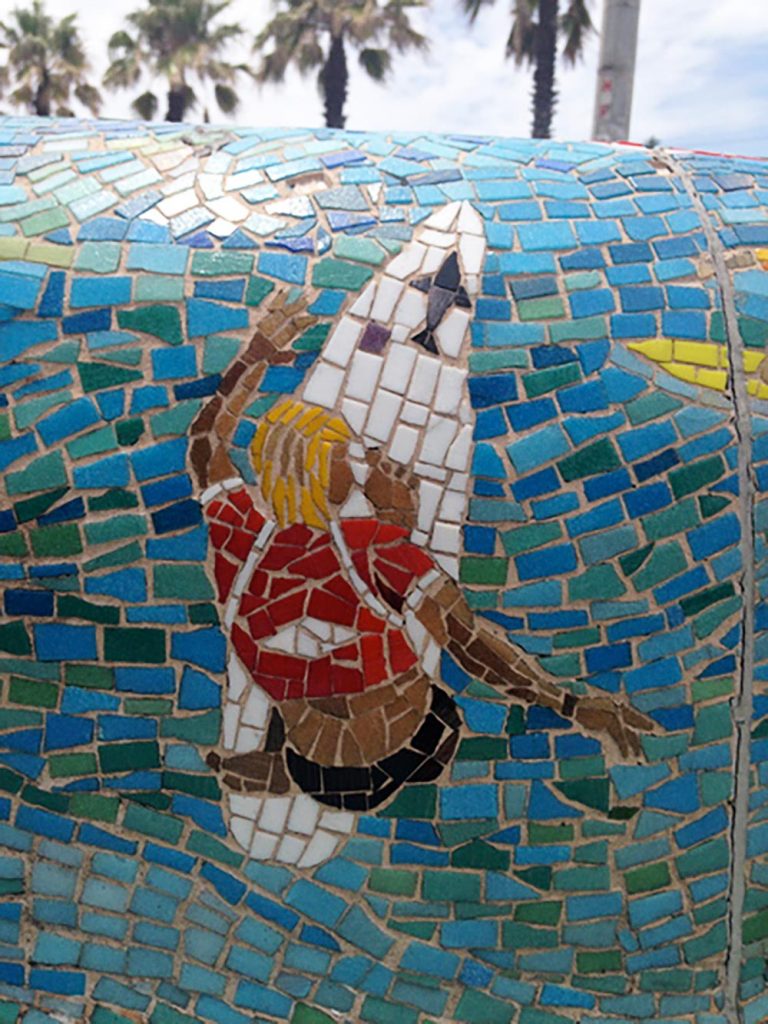 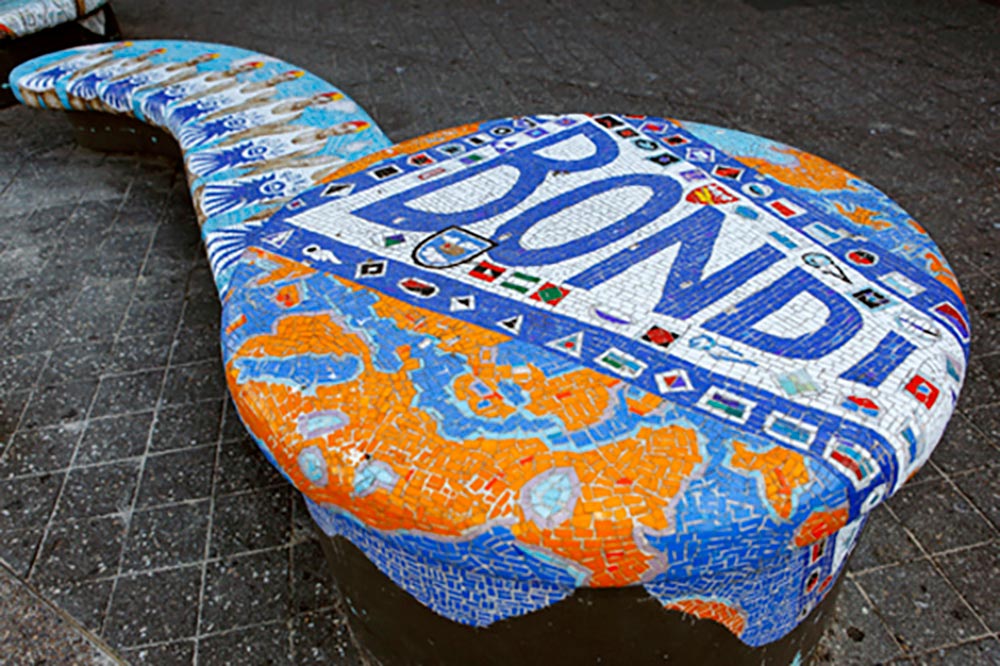 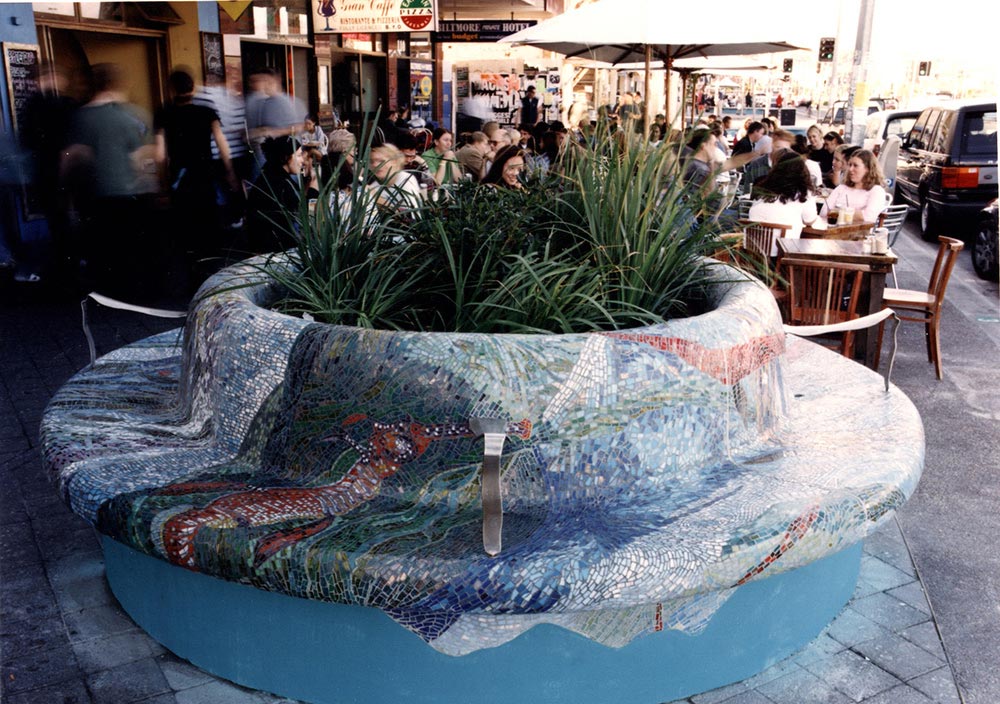 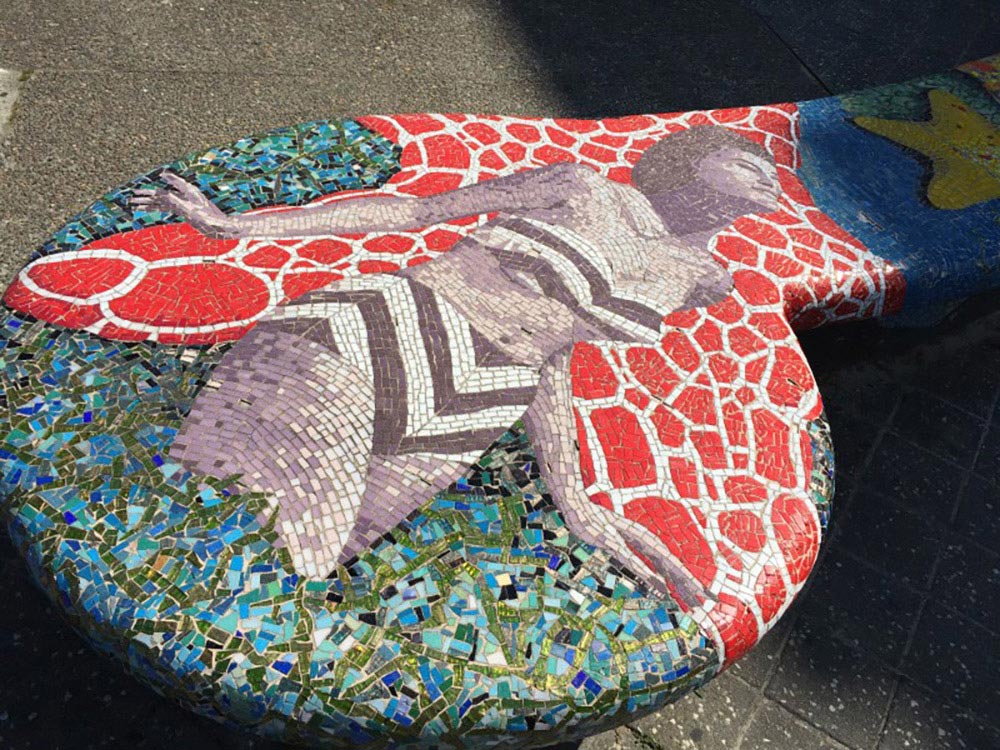