In October 2014 I was thrilled to be able to attend the 2014 Regional Arts Australia Summit – titled ‘Arts and Edges’. Held over 4 days in the rather remote and unique location of Kalgoorlie in Western Australia, it was always going to be somewhat of an adventure just in getting there. So I stepped well out of my comfort zone and seized the opportunity to wing it there and back in a 1979 6 seater Cessna belonging to a fellow Conference goer, and with a couple of other good blokes on board. Rather like a Ford Cortina with wings. Burnt orange and white, tan vinyl with ashtrays in case anyone fancied a Camel or Marlboro on the way over. (Then again, Alpine Lights might have been a better choice for a space you can’t ventilate without losing the windows altogether.) 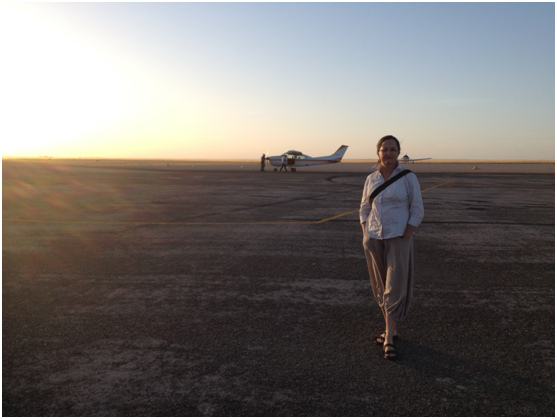 The trip over was sublime. The take off was early morning, from a roughly (occasionally) mown air-strip in a bumpy Muckleford paddock just 5 minutes from my back door. After an hour and a half in the air, smooth cruising at about 4,000 feet over Cairn Curran and a swathe of pinky white salt lakes, a smattering of little central Victorian towns and slowly we moved into irrigation country before landing for fuel (and toilets) in Mildura. Next leg was the dramatic scoop across the NSW/SA/VIC border country before swinging south towards Port Augusta and across the Spencer Gulf. 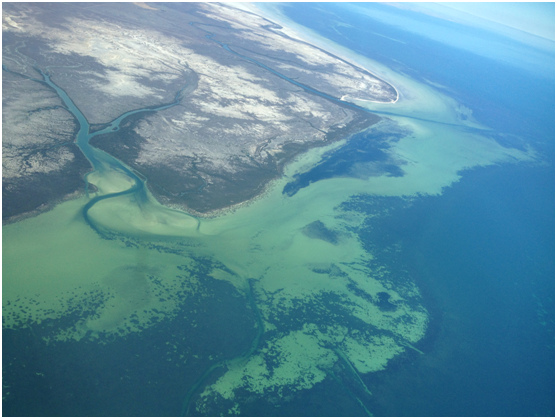 Amazing cliff tops and whale watching territory before re-fuelling (and re-weeing) at Ceduna. Nighty night at the Penong pub (I thought they said we were stopping in ‘Penang’ and went WOW, real roti and hawker fare I’m THERE – but that would have been quite a detour – and Penong worked out just fine. Flying over the Kalgoorlie Super Pit was pretty weird – Australia’s biggest open pit goldmine.

I was both a conference delegate and I delivered a presentation on “Mosaic – the most unfashionable and bastardised of artforms”. If I had titled my gig something like “ Historical excellence in mosaic and why we should look to the classic masters for lessons in how to do it properly”, I doubt I would have been given the air-time. But having a attracted a full room of punters with a somewhat provocative kick-em-in-the-guts kind of title (some suitably bristled in anticipation of a punch-up), I pretty much delivered the latter piece. It was gratefully received.

I met some fabulous new people, some of them key high level industry players, some of them artists and arts administrators who have known my work for some time (but had not met me), and vice versa. The networking opportunities were the real highlights for me. The time spent with various indigenous artists from remote communities gave me an enhanced understanding of the challenges they face.

I am very grateful to Regional Arts Victoria who awarded me a Travel Grant, without which I would have really struggled to attend the Arts & Edges Summit. It was my inaugural RAA Summit and I look forward to attending the next one in Dubbo in 2016.

I wonder how I will get there.