In 2014 an American oceanographic research vessel traversing the waters off Hawaii’s Big Island came across an entirely new form of geology. Geologist Patricia Corcoran and Captain Charles Moore documented their findings from active volcanic beach environments, labeling these new types of rock ‘plastiglomerates’. They have been created through the fusion of plastics, sand, seashells, coral and volcanic stone under extremes of heat and pressure. Corcoran says “When the plastic melts, it cements rock fragments, sand, and shell debris together, or the plastic can flow into larger rocks and fill in cracks and bubbles to form a kind of junkyard Frankenstein. “ Geophysicist Douglas Jerolmack commented on the phenomena “If these things can be preserved, then they might be a nice marker around the world of when humans came to dominate the globe and leave behind their refuse in mass quantities.” (Science, Angus Chen, Jun. 4, 2014). 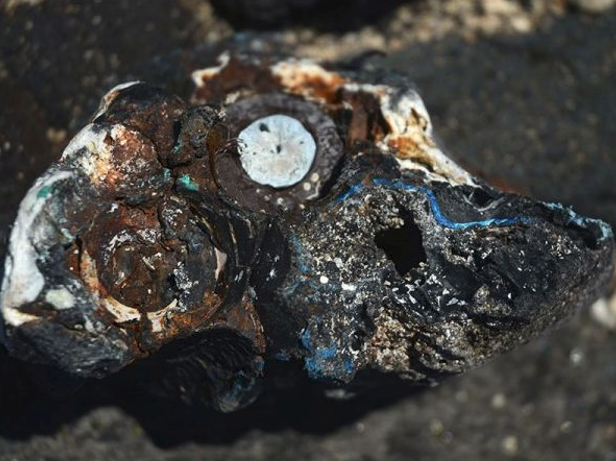 What does this geological find mean to us as contemporary mosaic artists? We work with stone, and value this material for the lustrous colours, subtlety of tone and wide range of textures it offers. Stone provides durability and relative permanence
for our mosaic artworks. Or does it? What do we really mean by ‘permanence’ and what are the implications of these new, Anthropocene geologies?

The Anthropocene, a period of time during which humankind has indelibly etched their mark on and in the earth, is a concept disputed by some. The Anthropocene Working Group, a collective of international science leaders, is in the latter stages of developing a proposal to the International Commission on Stratigraphy to endorse ‘The Anthropocene Era’ as a defined geological phase. This is expected to take place later in 2016. (www.quaternary.stratography.org/workinggroups/anthropocene)

The phenomenon of unintentionally manmade geology, such as the plastiglomerates of Hawaii’s Big Island, is a defining symptom of the Anthropocene which further manifests in many greater ways. Climate change is another and more widely recognised symptom of humankind’s impact on the earth’s ecosystems, as is the mass movement of displaced people (numbering 60 million in 2015). Displacement and in some cases, extinctions, are markers of the Anthropocene. In Australia indigenous marsupials are prolific and are also widely displaced, their habitats increasingly subsumed within human settlements and the roads that connect them. Unsurprisingly, roadkill is a frequent and confronting phenomenon.

In 2015, as part of the Castlemaine State Festival’s Visual Arts Program, four artists (Helen Bodycomb, Davide MIchielin, Ulrike Barbara von Radicevich and Jilli Rose) collaborated in the creation of a large architectural installation, a Roadkill Mausoleum (RKM). Inspired by the dimensions and the starry firmament of the Galla Placidia Mausoleum in Ravenna, RKM mimicked the Byzantine monument’s architectural footprint and created a new kind of starry firmament, using the solar rays emanating through hundreds of pin holes in the roof above RKM and reflected in RKM’s polished black granite floor. Enhanced by haze, these shafts of light became physical connectors between floor and sky, inviting visitor attempts to touch, catch or contain the light. With the air heavy with the scent of sandalwood and an ambient background soundtrack of slowly dripping liquid, the richly layered atmosphere was simultaneously calming and unnerving; intriguing, mysterious and although a secular space, RKM evoked the sacred. 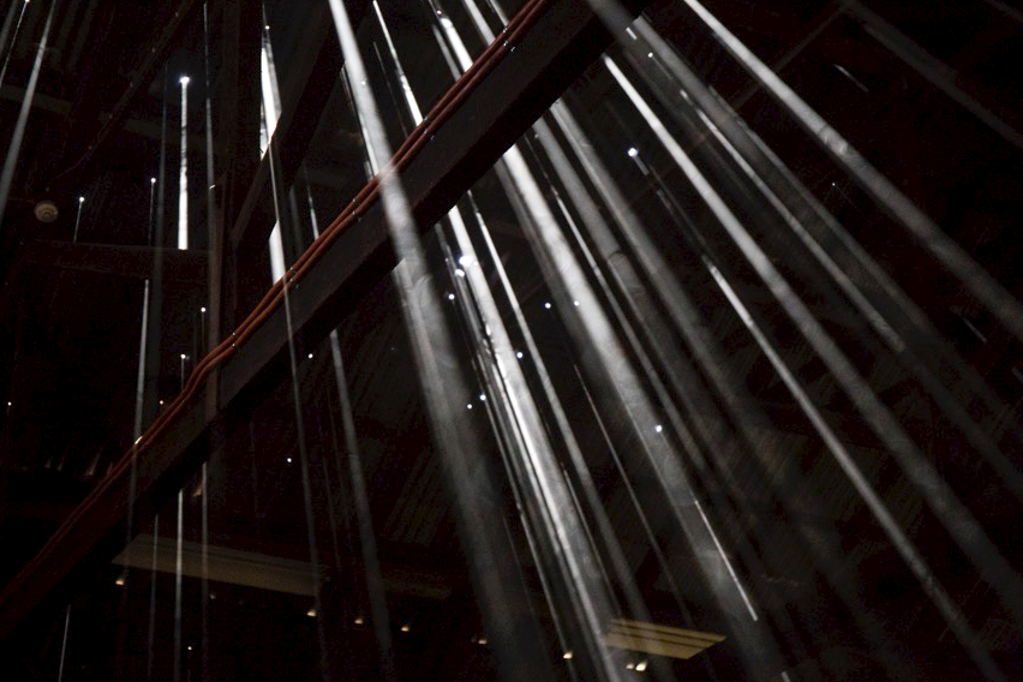 (Photograph: Julie Millowick)
Several multimedia and static artworks were installed within RKM. The altar-like centerpiece was Helen Bodycomb’s mosaic Pieta (There but for the good grace of God go I), a glass smalti and marble mosaic diptych on 2 car windscreens. This work features the image of a young roadkill kangaroo, cradled in the hands of the veterinary surgeon who removed it from its mother’s pouch and tried to save it (a common occurrence following a roadkill accident). Evoking Michelangelo’s Pieta in which the Virgin Mary cradles the dead body of her adult son Jesus Christ, and invoking pity and compassion, the tragic death of the infant kangaroo potentially mirrors our own demise. 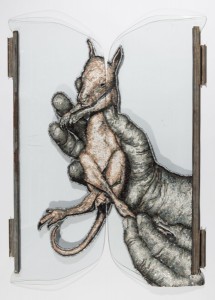 PIETA (THERE BUT FOR THE GOOD GRACE OF GOD, GO I)

From plastiglomerates to roadkill, the markers of humankind are now prolific and evident across the planet. As symptoms of change, our markers – and our mosaic artworks – are also being indelibly etched into geological time. Whilst the mosaics of the ancients were often preserved and protected by layers of volcanic mud and dust, they spoke of conquests, of ancient gods and latter day prophets. They spoke of what was most important to the people at that time. Where texts inscribed on velum and papyrus were rendered illegible by extreme age, it is the deliberate permanence of mosaic that has allowed much of the architectural (floor) works of the ancients’ to survive. As we make mosaics in the dawn of the Anthropocene Era, what do our works speak of and what will they say to future generations who sweep away the dust and muddy encrustations? Is it our role as artists to speak to our present and future art viewers of The Anthropocene Era and its unfolding? Indeed, how ‘permanent’ will our works be?

Helen Bodycomb
March 2016
Helen Bodycomb presented ‘Making mosaics in The Anthropocene Era’ at the 2016 AIMC Congress in Spilimbergo, Italy during May 2016 and this article was published in the French and English print editions of Mosaique Magazine in July 2016.